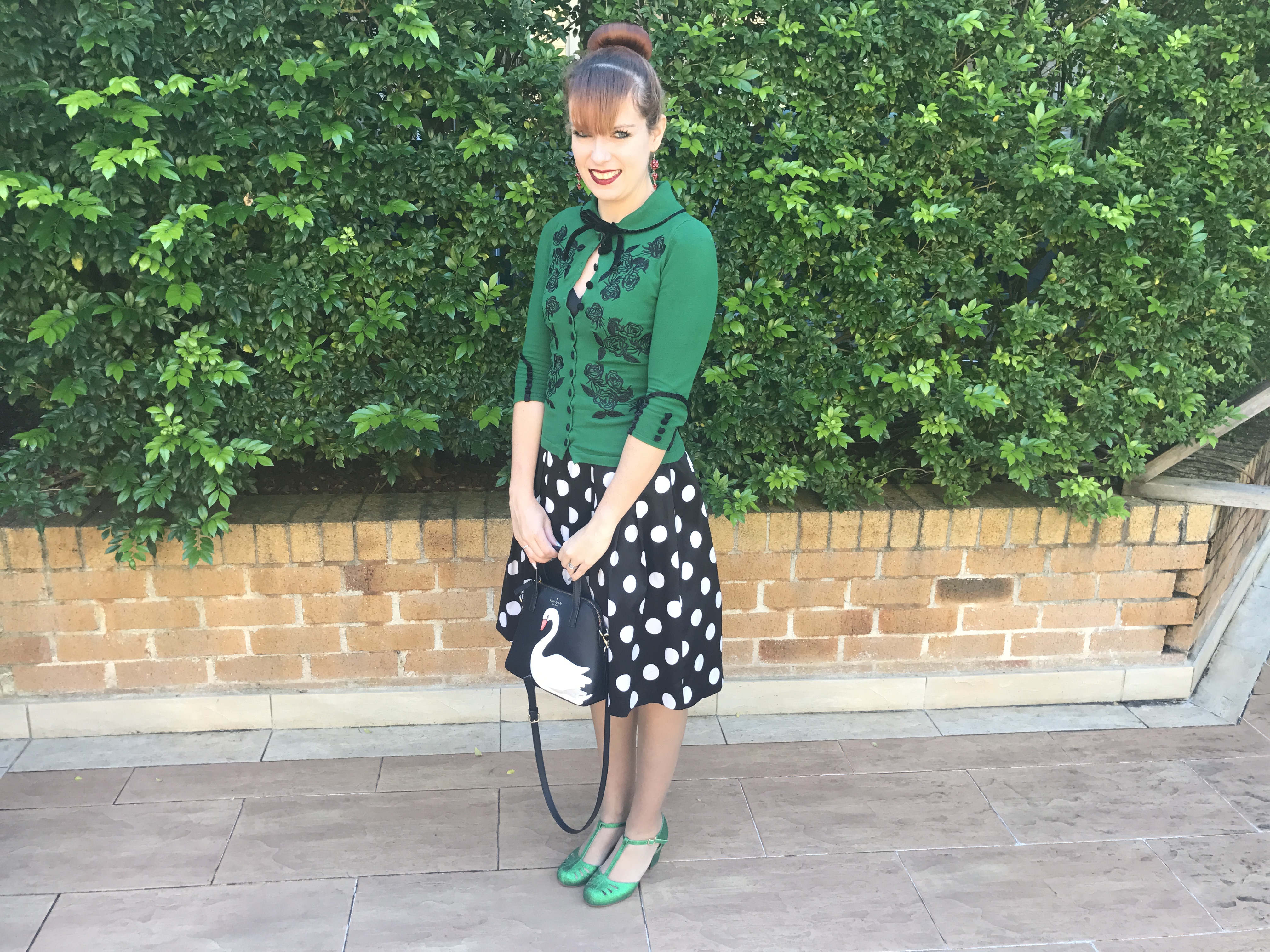 As you can see, this is the same as my last outfit post but I replaced the red Dita Cardigan and Robbie Heels with the equivalent green versions. It’s starting to become my uniform. The Dita cardigans are actually very versatile, there aren’t many dresses I wouldn’t pair them with. I don’t expect that to be the case for everyone but I’m particularly drawn to combinations which involve pattern mixing. I have seven Dita cardigans  now but the Emerald version is the first one I ever owned. It’s such a pretty shade and I love green more and more over time.  Yes, that’s the Kate Spade Swan Bag in this post (which I posted in a wishlist a few weeks ago). I was so surprised to receive it for my birthday. I adore it and have used it every day since. A bag so amazing deserves a post of its own.

Happy Easter everyone! I’m enjoying the long weekend here. It’s incredible to think there are two four day weekends in a row because of both Easter and ANZAC day. It’s great to have a break because I’ve been so busy lately with training (swimming, running and tennis). More on that later.  I’ve said it for the past few years and I’ll say it again- Easter is my favourite time of year. 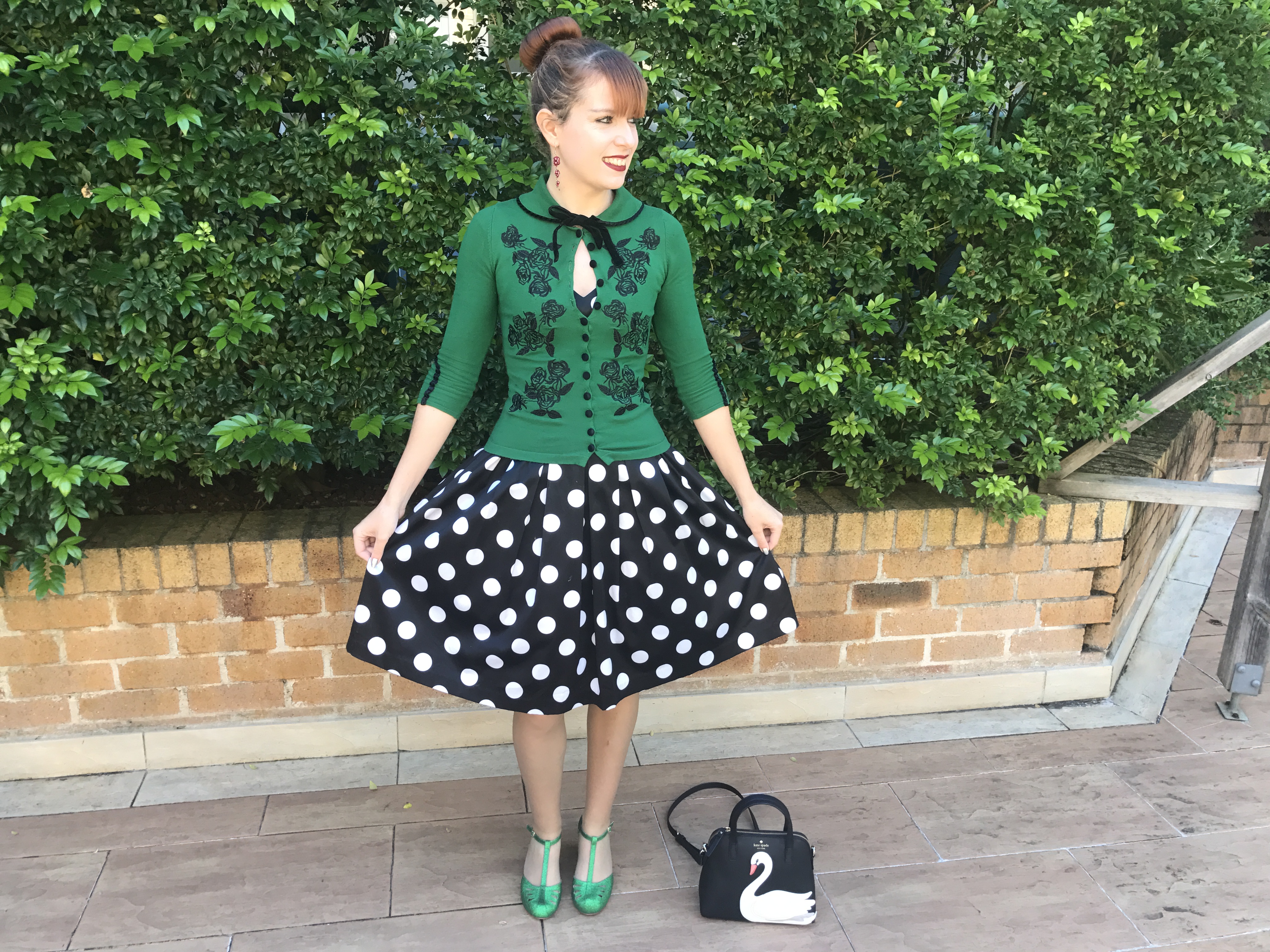 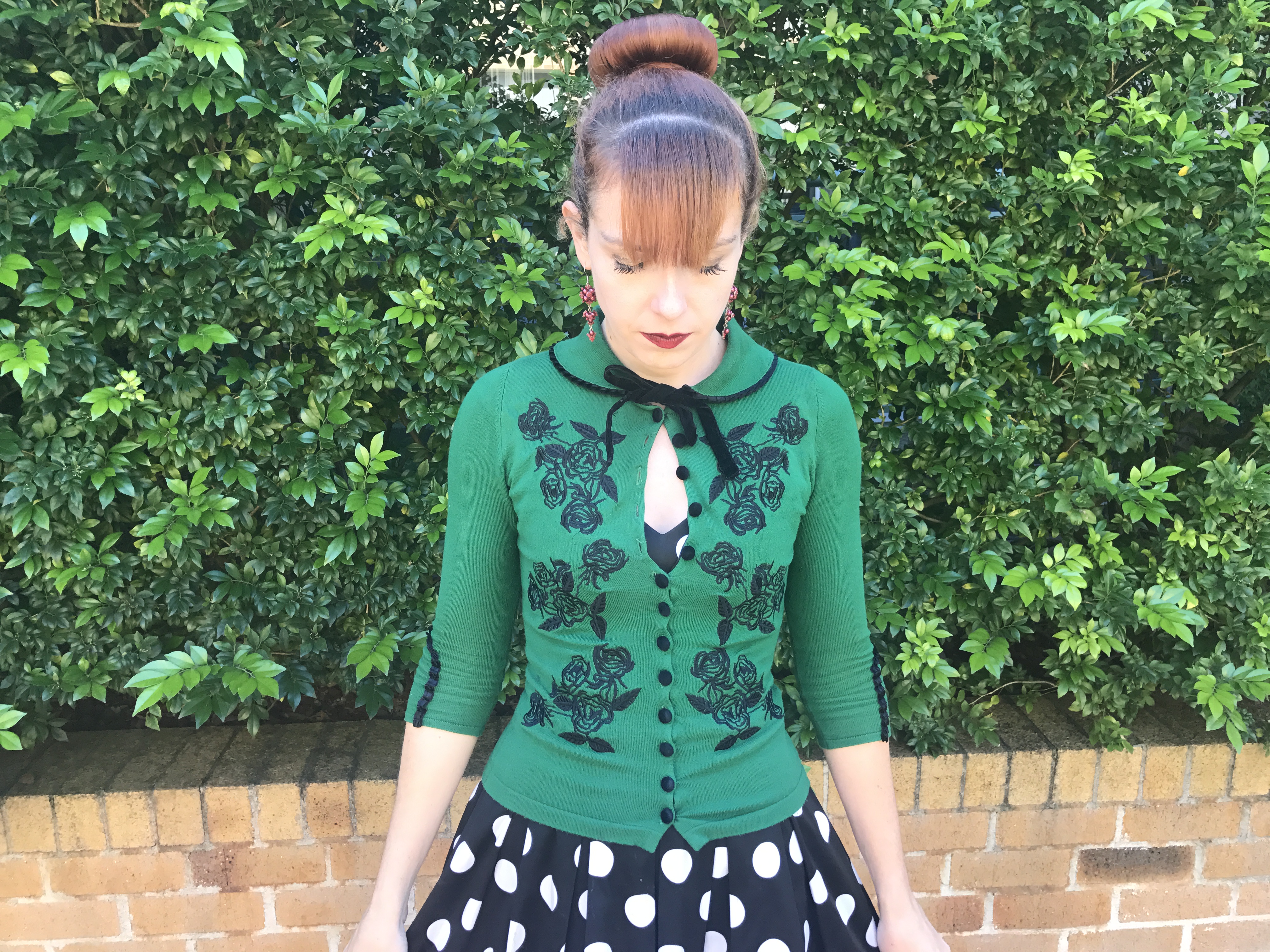 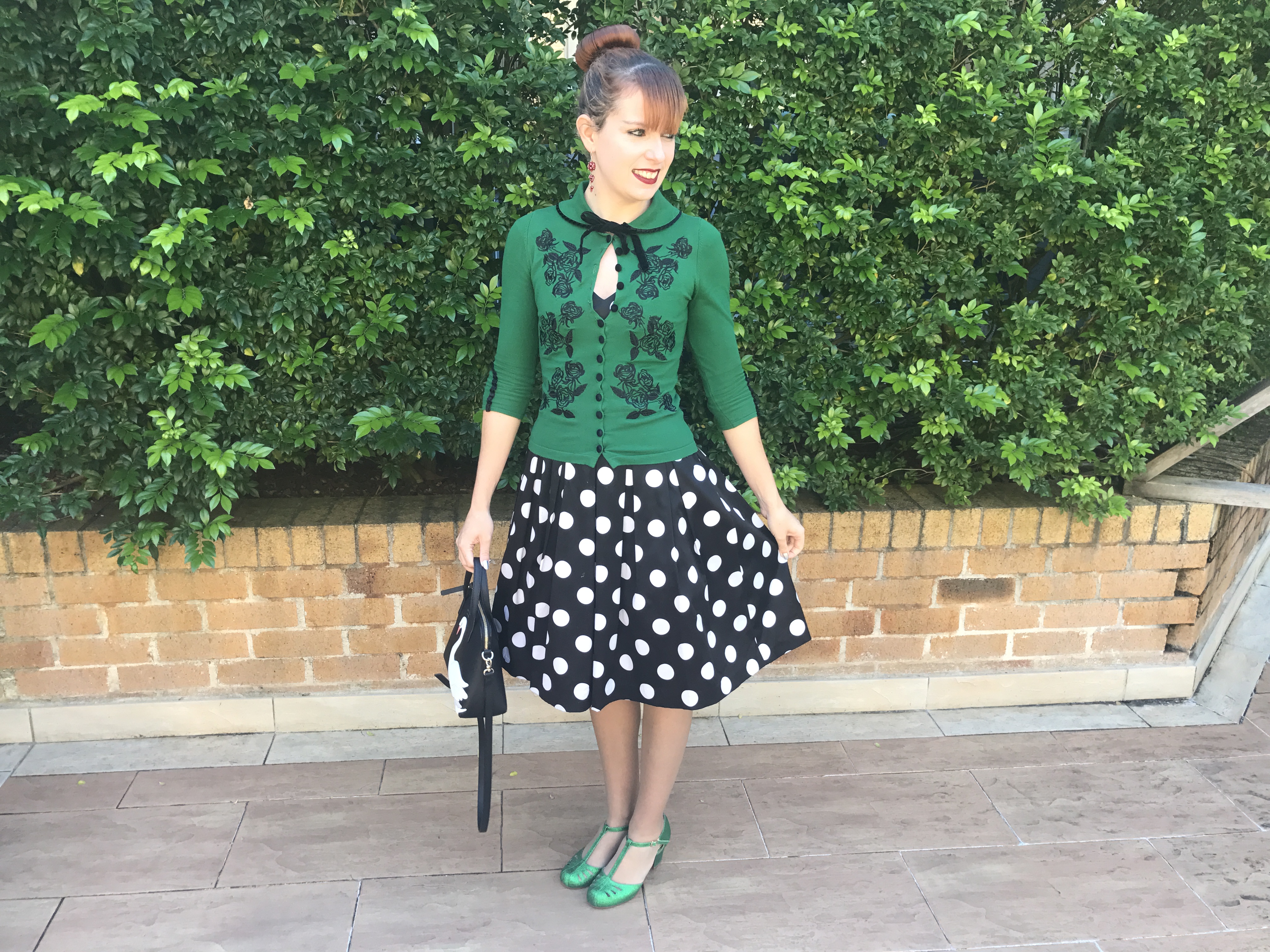 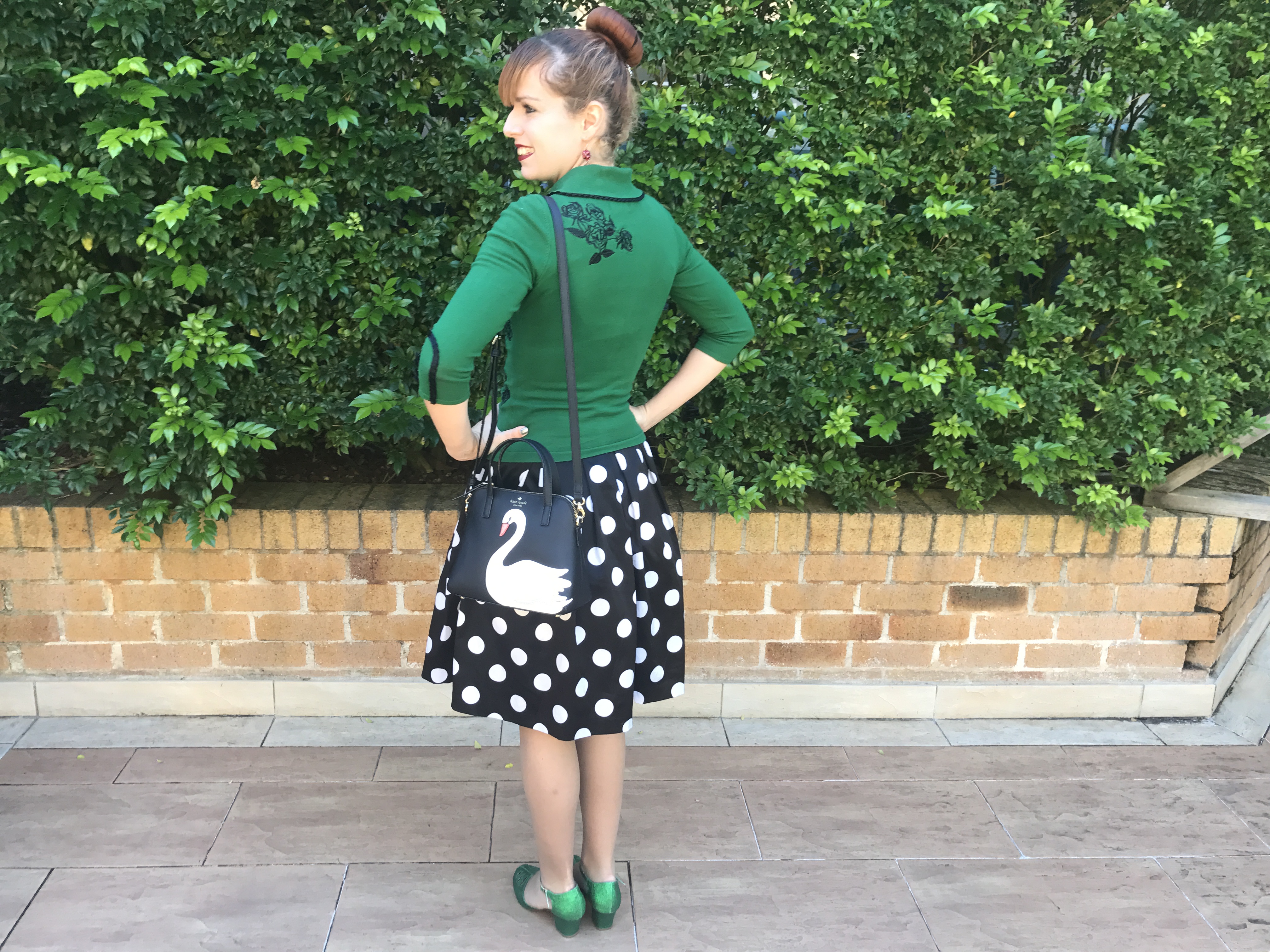 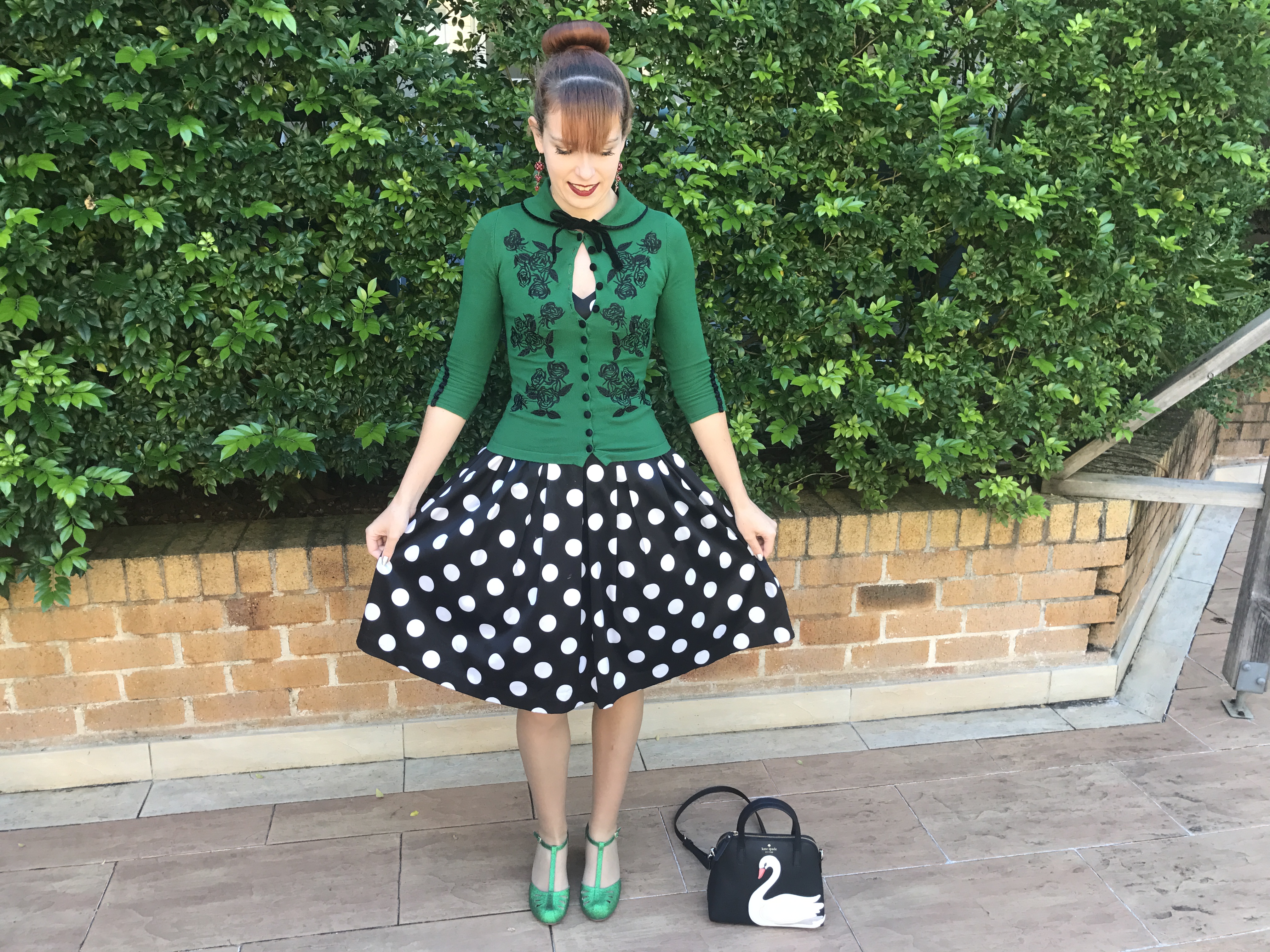