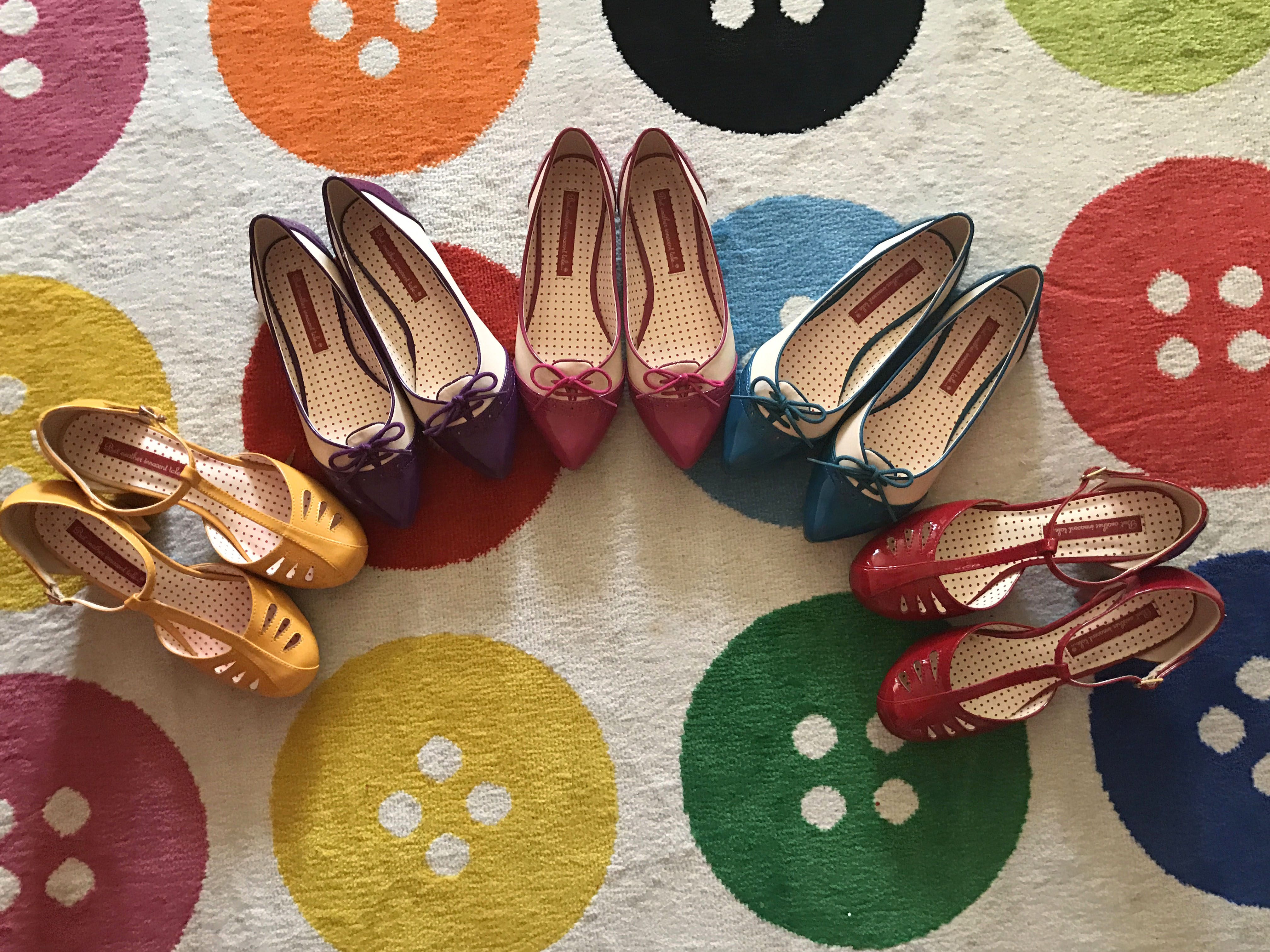 Despite my goal of spending less on clothes and shoes this year (which overall has been going well),I had a bit of a splurge online with B.A.I.T Footwear. As you may know I am completely in love with B.A.I.T Footwear. It is without a doubt my favourite brand for shoes and it’s got to the point where I almost exclusively wear these shoes. I did a post on my collection awhile ago here but I plan to create an updated version soon.

The ‘Gloria Flats’ are by far my favourite make by B.A.I.T Footwear. Up until now they’ve only been available in red and in black, which is comparatively limited given most other shoes come in a myriad of colours. I’ve had so much wear from the Glorias that I’ve repurchased both the red and the black a couple of times. My favourite outfit with the black version was posted here. I was browsing the website a couple of weeks ago and noticed the Glorias were released in purple, pink and teal. It was a dream come true. I couldn’t not buy them considering they are my go to shoe and I know I’ll get so much use from them. I can’t think of any outfit they wouldn’t go with. There are a few items I’d break my spending ban for and I knew that would be a new release Gloria flat, and the same applies to a couple of colour ways in the Wheels and Dollbaby Dita Cardigan. 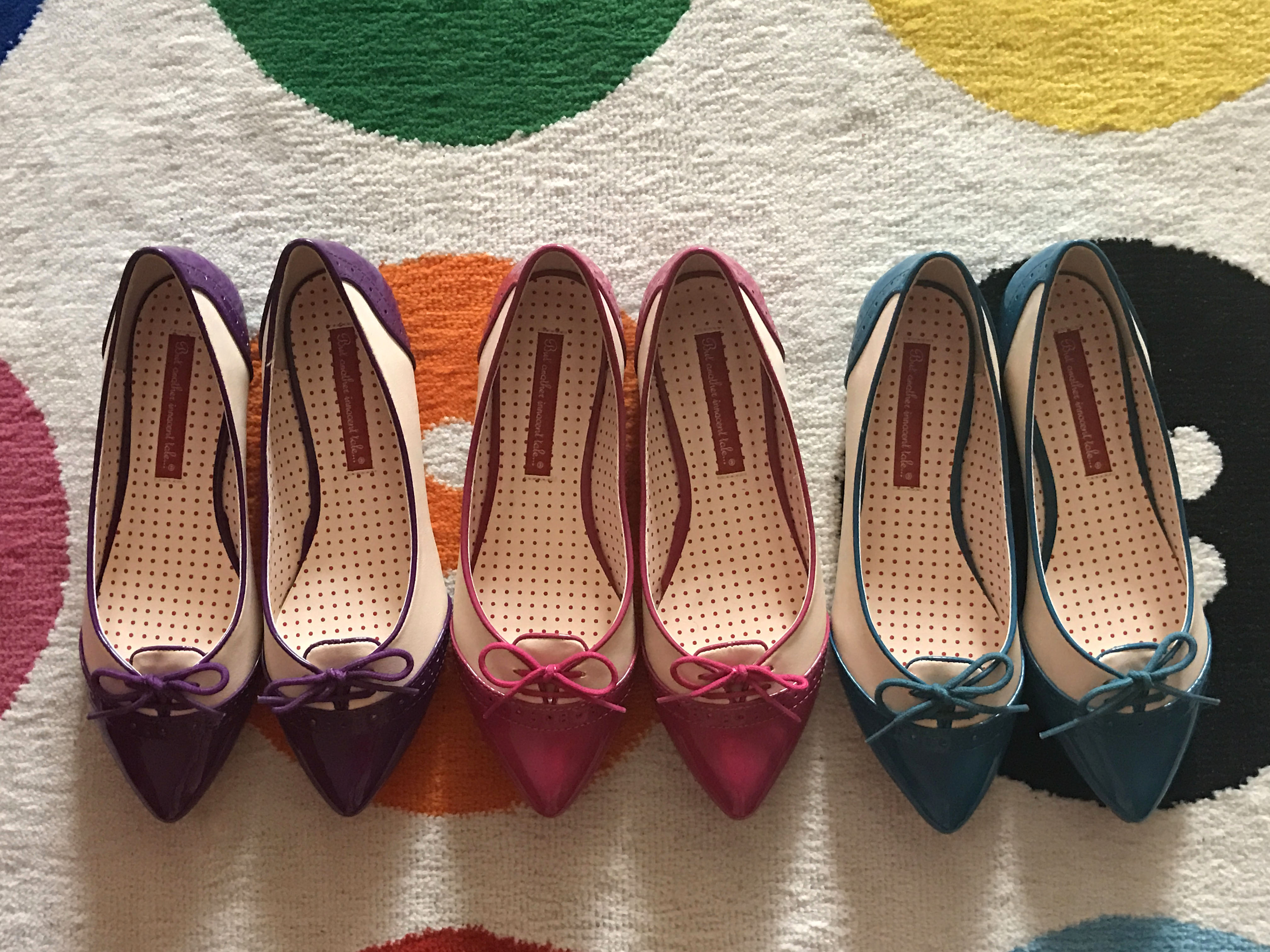 I’ve lost count how many colours in have of the ‘Robbie Heels.’ The sparkly blue version is one of my favourites which I posted here. The Robbies are a gorgeous vintage design and are also very comfortable. I couldn’t resist the mustard yellow because that’s got to be one of the coolest shades in the world! I was also drawn in by the red version because it’s such a classy deep red shade and I love the patent finish. Now I want the Robbies in teal and in pink.

Isn’t it amazing wearing new shoes?! My motivation to go to work last week was higher than usual because I was wearing the pretty coloured Glorias and Robbies!

I purchased these shoes directly from the B.A.I.T Footwear website. I’m often asked where to buy this brand in Australia but to be honest there aren’t many options. Any online store I’ve seen based in Australia has such a limited range of stock. If you’re serious about owning this brand go with ordering directly from the US. Yes, the postage is crazy high (I hate to think how much I’ve spent on postage over the years) but I love the shoes so much I consider it worth it. I placed my order on a Thursday night and it arrived only a few days later on the Monday morning. I’m impressed a package can come from the US to Australia that quickly for any price. 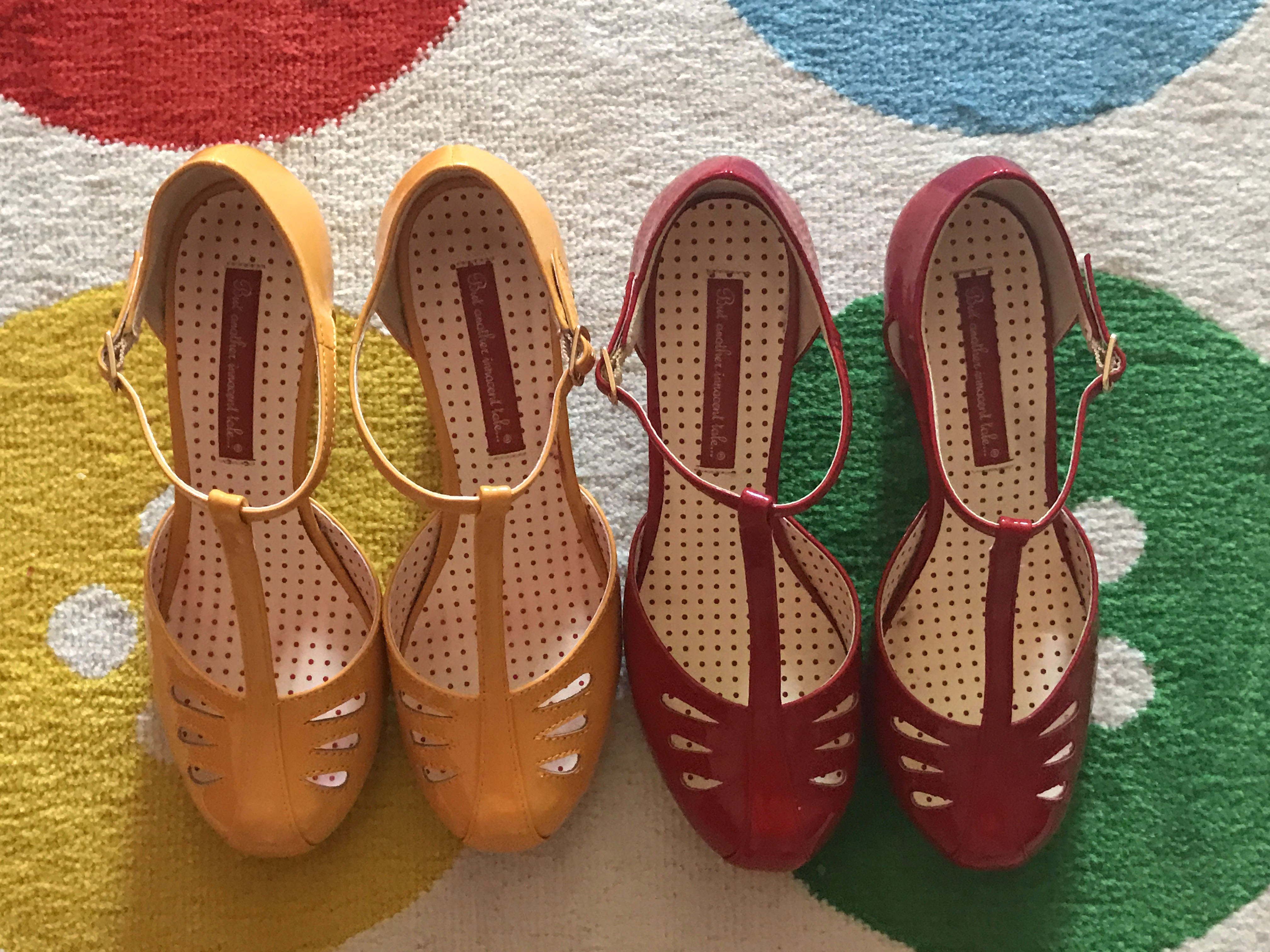