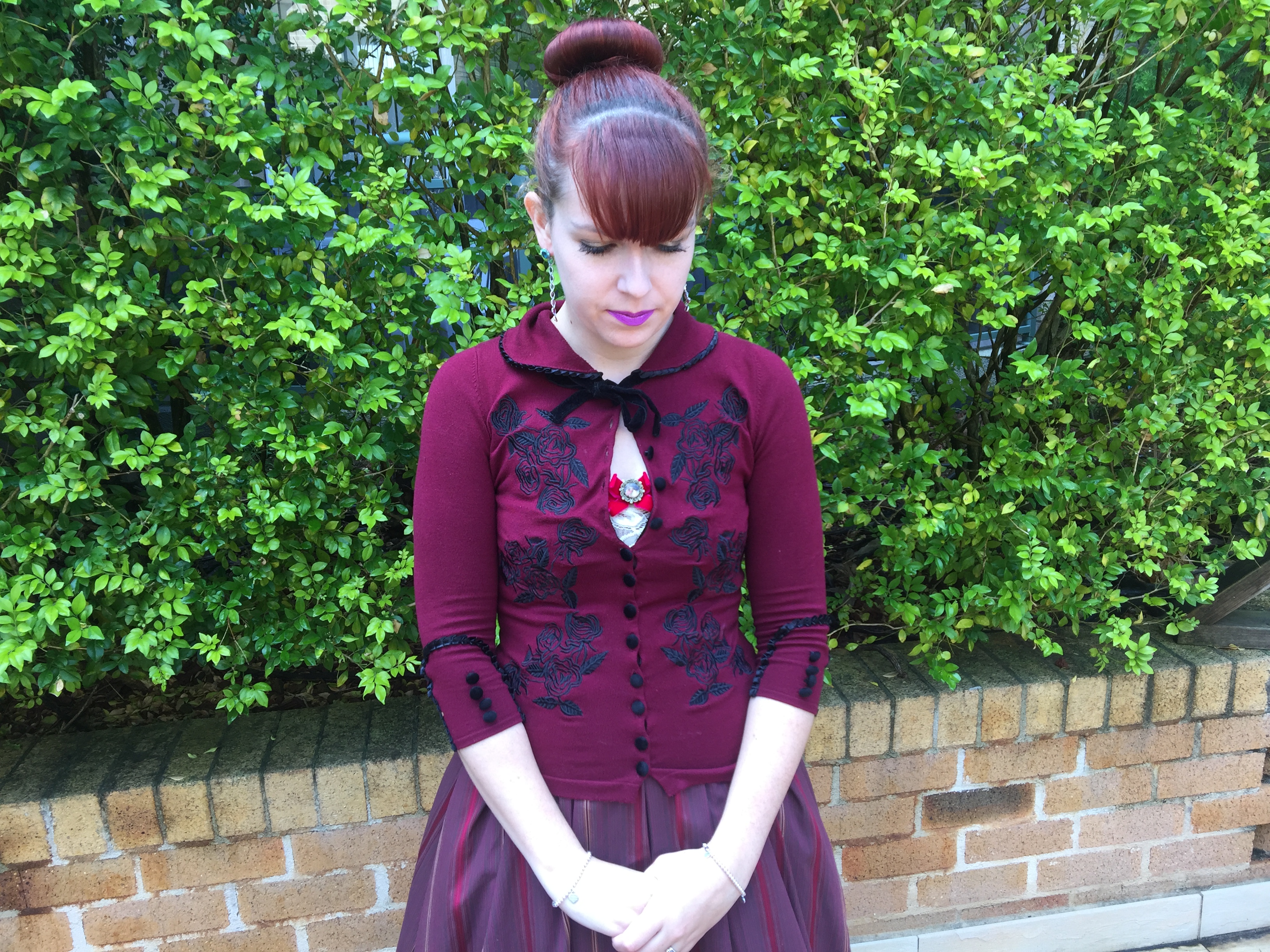 This is a new outfit I came up with during the week, from existing pieces in my wardrobe. I’ve had both the cardigan and the dress for awhile now but never thought to pair them together. It randomly came together in a rush before work during the week; don’t you love it when that happens? It’s one of my favourite outfits at the moment. The dress is one of two pieces I bought when Kitten D’Amour first came to Sydney which was a couple of years ago now. It’s also what I wore when I was admitted as a lawyer of the Supreme Court of New South Wales back in October 2014 (post here), although the dress looked quite different without the cardigan. I’ve been in mood for wearing my Dita Cardigans at the moment; this is because of the announcement earlier in the week that it’s being released in a lavender colourway. I’ve already pre-ordered as I’ve often dreamed of this cardigan coming out in purple but never thought it would happen. It’s also particularly exciting given I haven’t liked the last two colours of the Dita Cardigan. I’m not usually one to dress in winter colours but this outfit is suiting the vibe of the rainy weekend here. 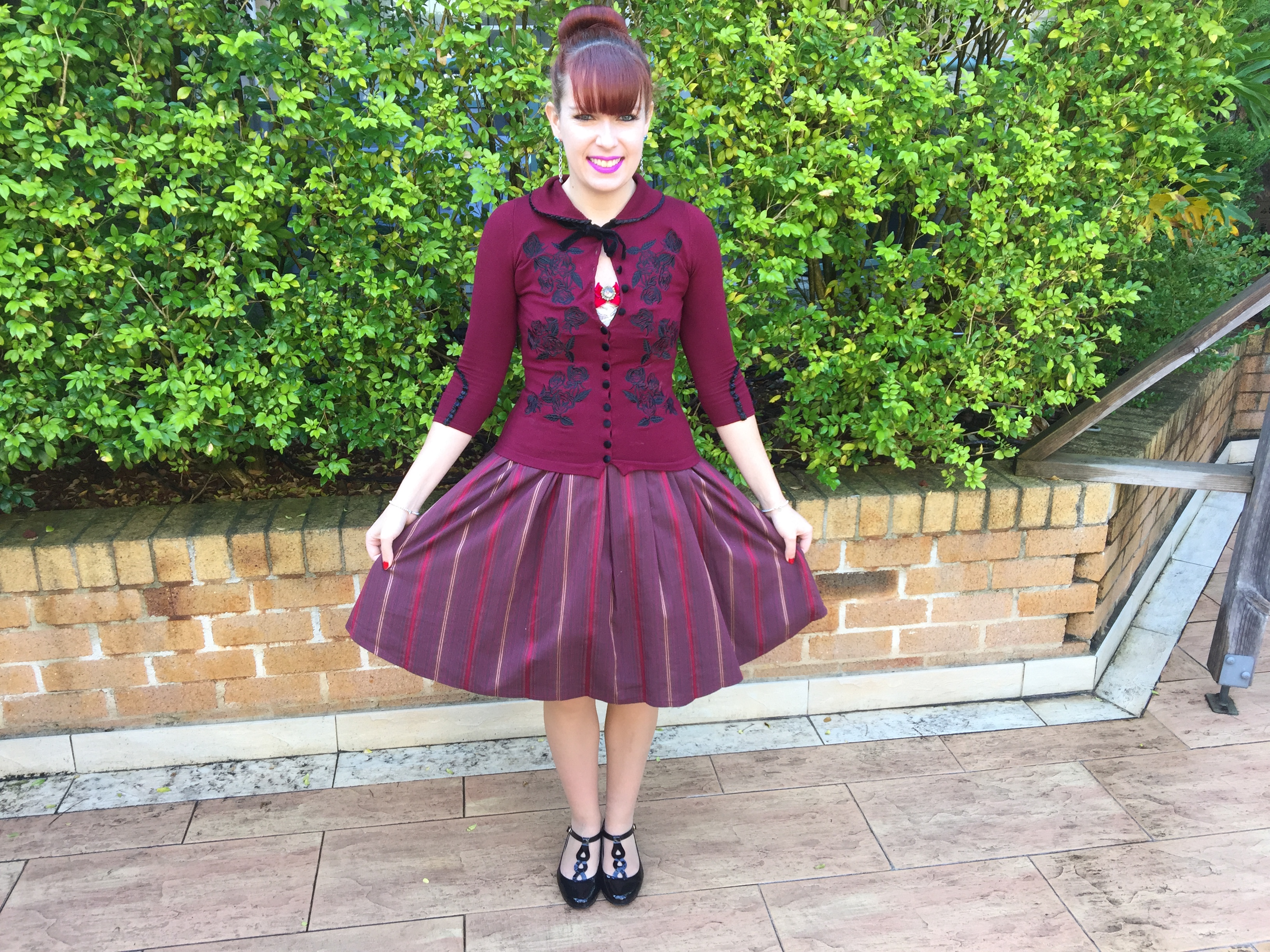 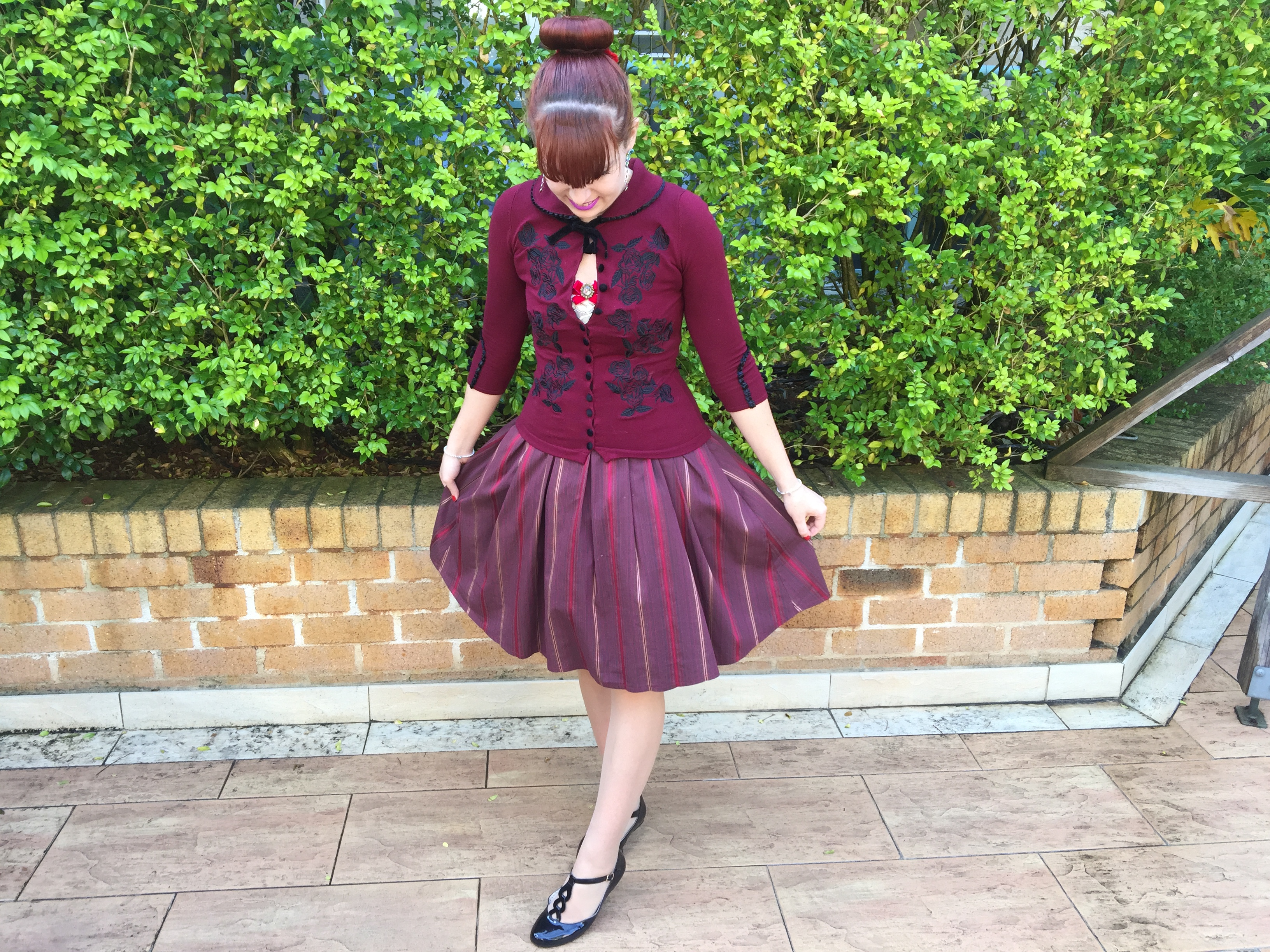 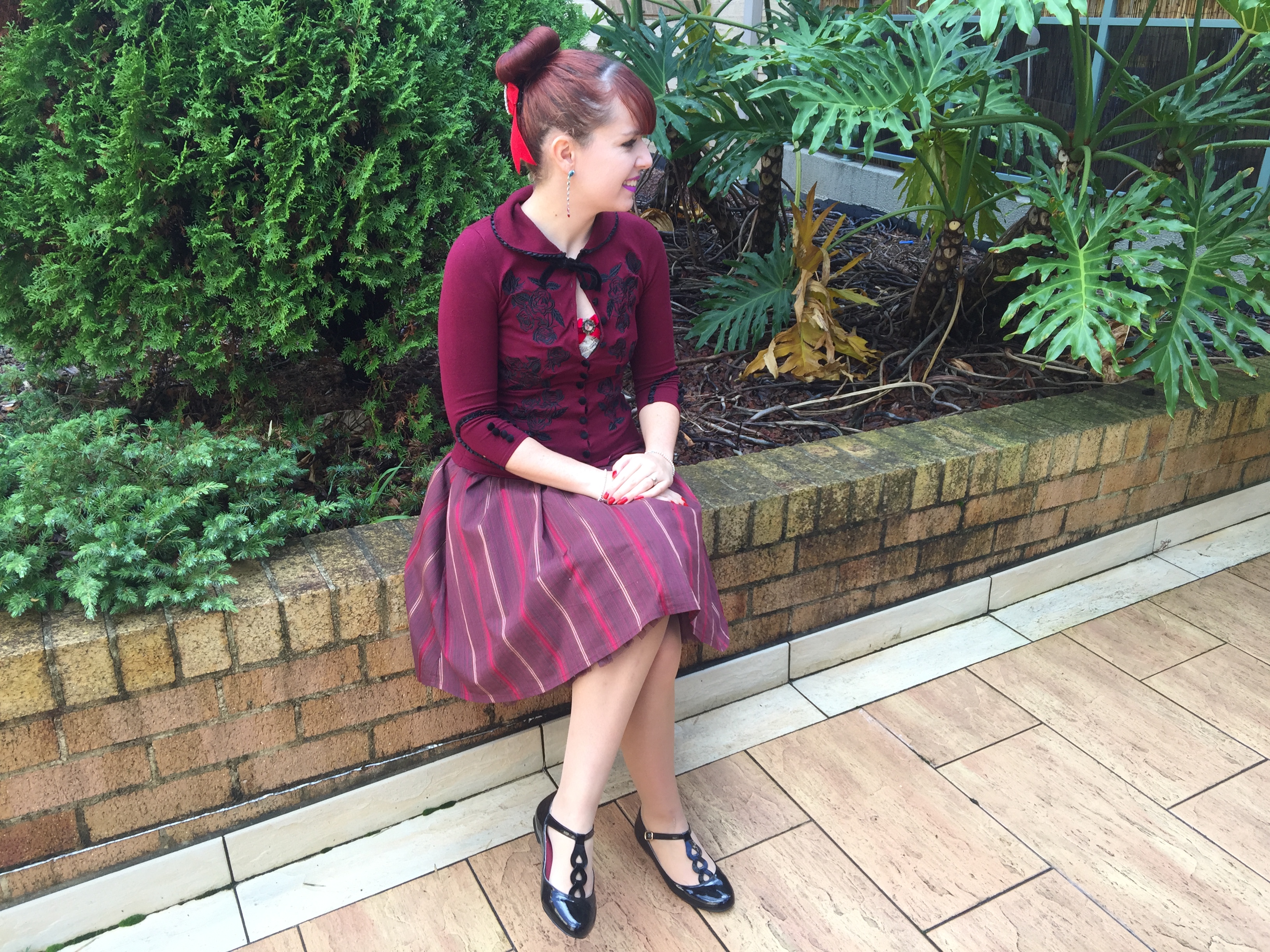 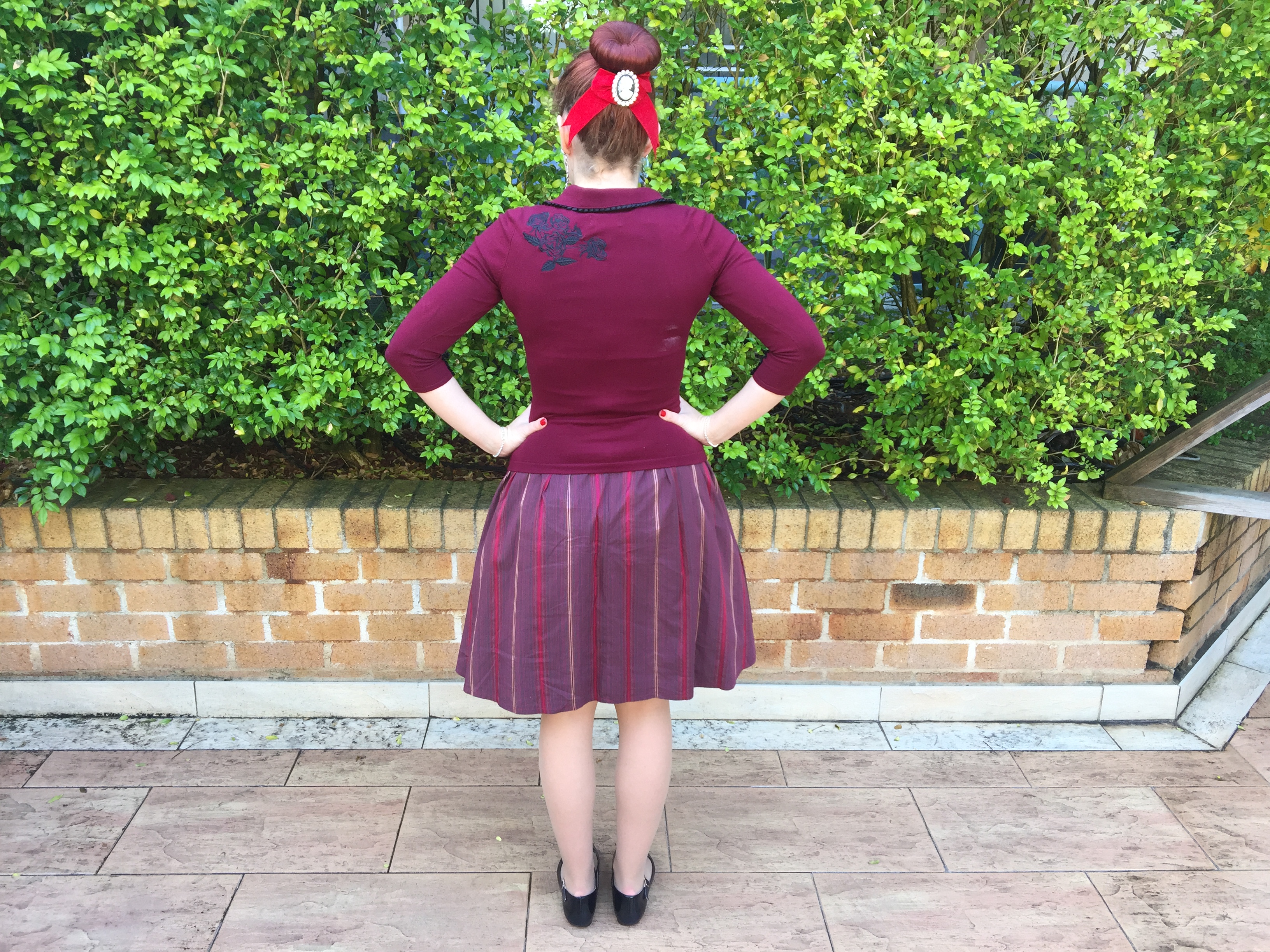 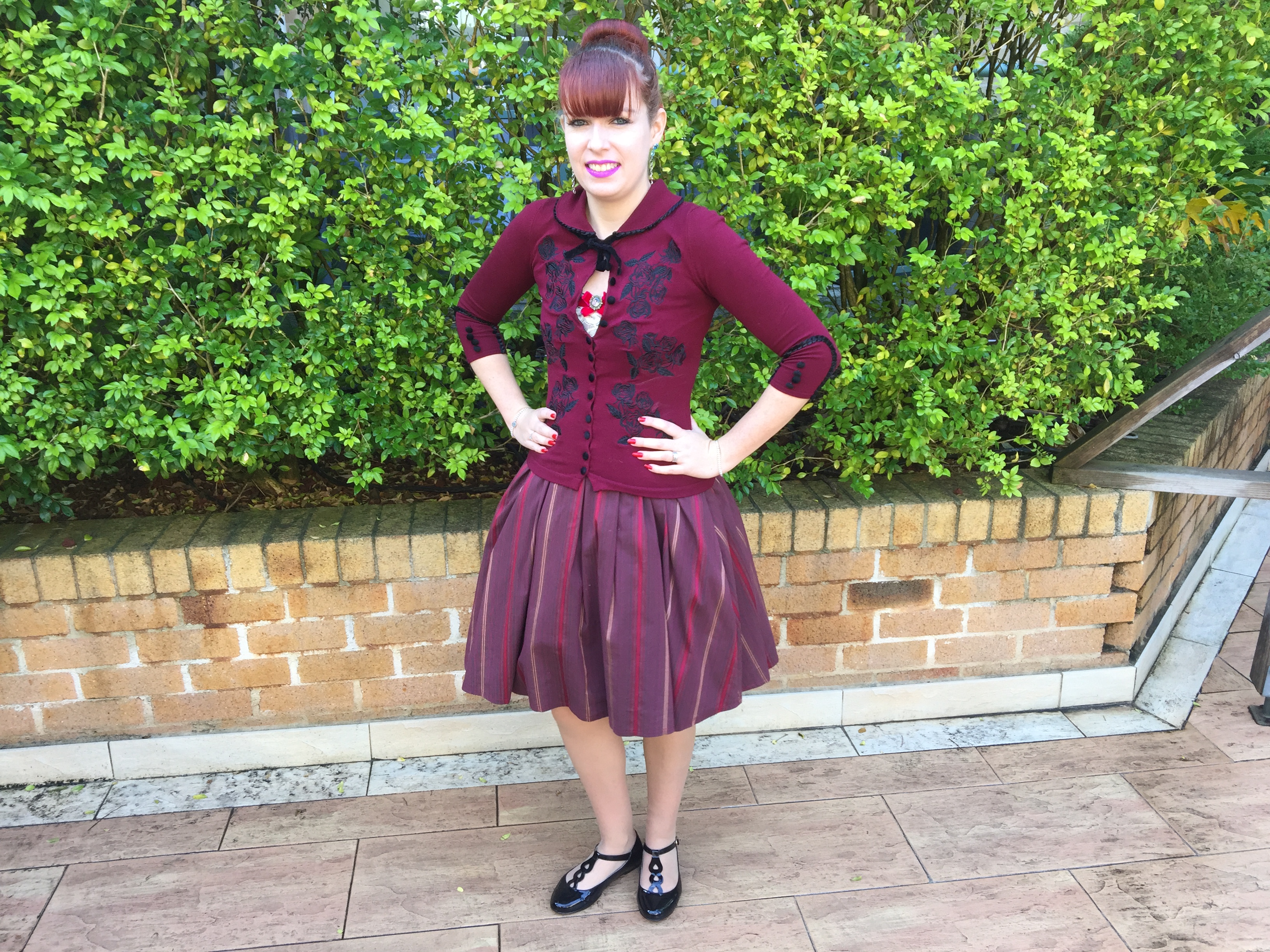 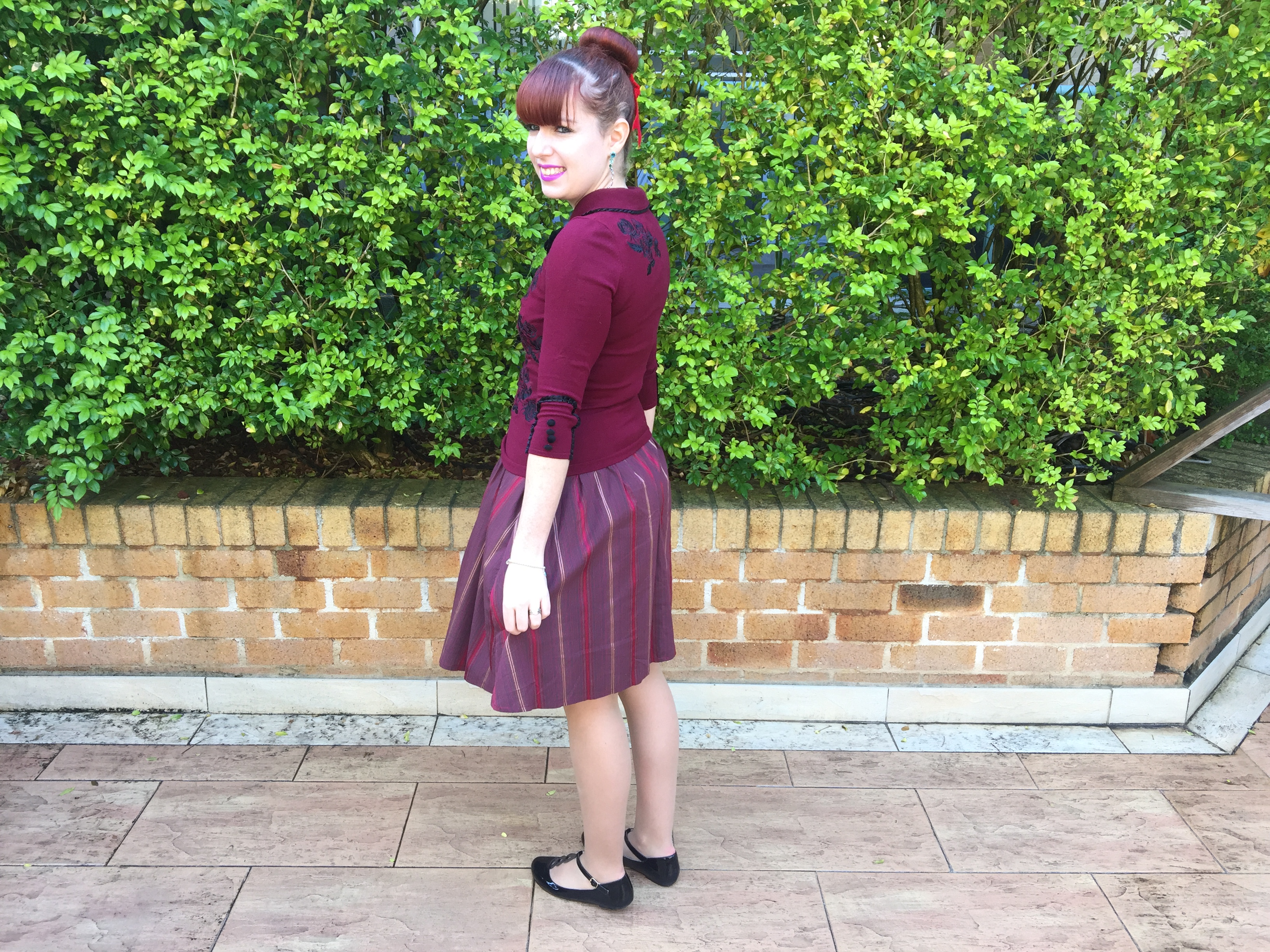 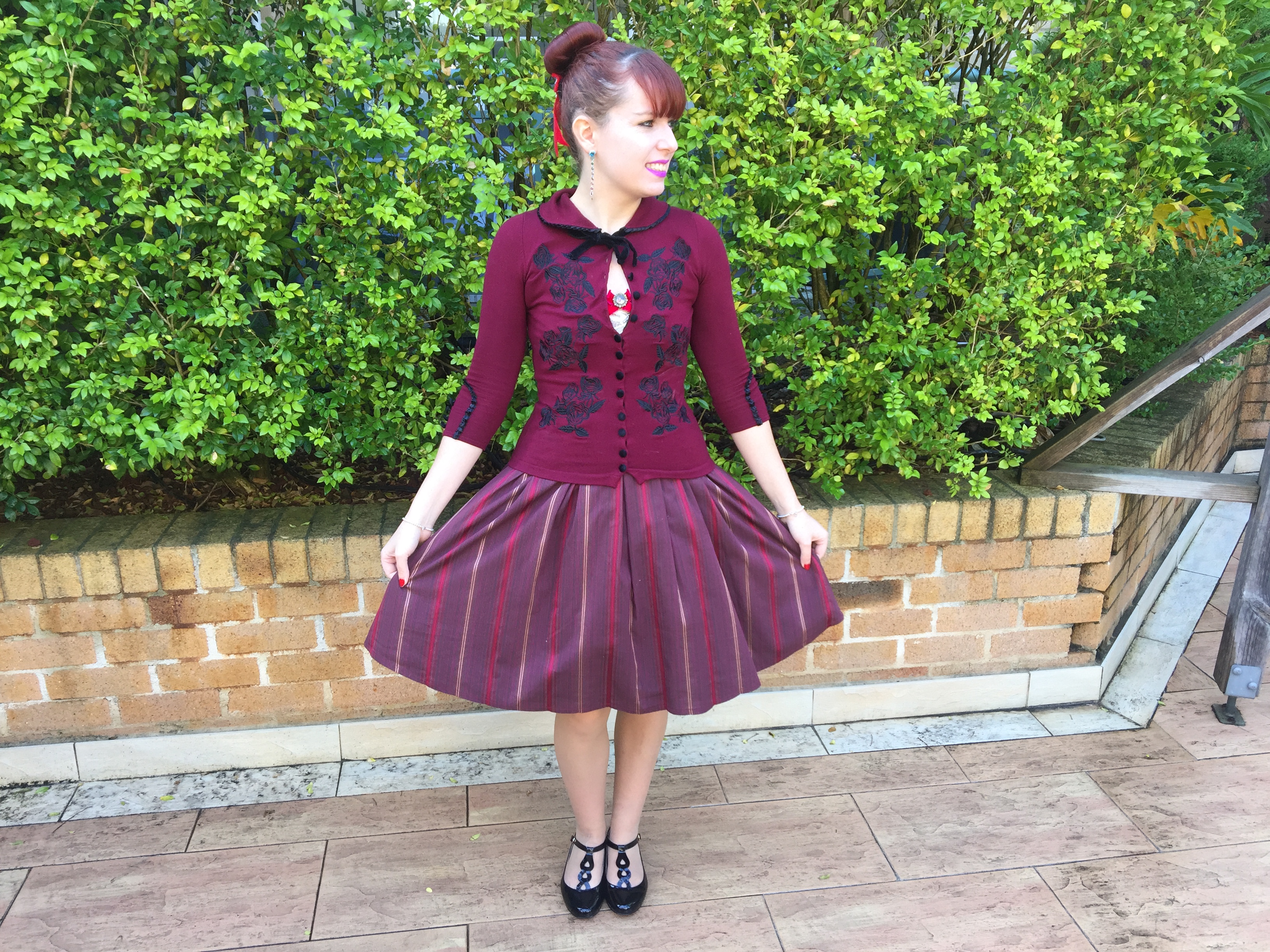