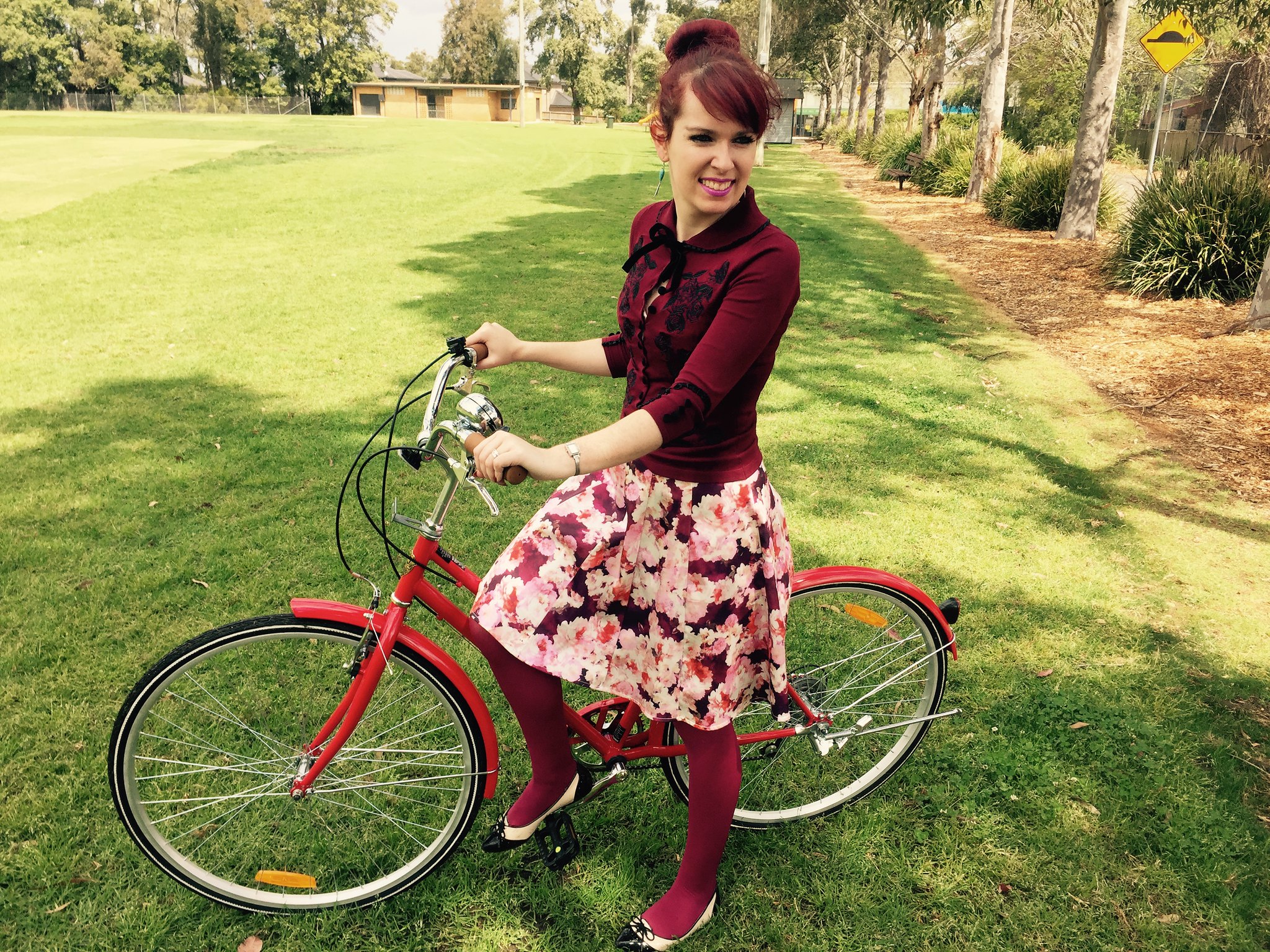 Hi everyone! I’m so excited to be wearing the new Rouge Noir Dita Cardigan today (and yesterday and probably tomorrow). Last week, when Wheels and Dollbaby announced that a new colour Dita would be released, I was very surprised as it hadn’t been long since the Emerald version was released. I only discovered these beautiful cardigans relatively recently so my collection has increased from zero to three in a fairly short period of time. The day the new colour was announced was so exciting. I loved talking to other fans on the Wheels and Dollbaby discussion group guessing what the colour would be and continually refreshing the page to see if it had been announced yet. It seemed like the most important thing in the world for that short period of time. I was very surprised to see that Rouge Noir was the new colour. Initially I was actually very disappointed as I had been hoping for a pastel colour (I can’t believe Wheels and Dollbaby haven’t realised a yellow or a pale purple Dita Cardigan!). Also, the Rouge Noir looked extremely dark on the website and there appeared to be not enough contrast between the main colour and the embroidery. I wasn’t even sure if I was going to buy it (and that’s saying something!) However, as I saw more pictures it definitely appeared lighter so I decided I’d buy it.

I received my new Rouge Noir Dita Cardian a couple of days ago and it is so beautiful in person. I actually think Wheels and Dollbaby were doing themselves a disservice by posting only a very dark stock photo on their website (although I’m sure they’ll have no trouble selling them!) I was surprised to see that it’s the same burgundy shade that’s been my favourite colour for the whole of this winter- I’ve worn my coat that’s this colour most days for months. I’m so pleased I added this one to my Dita collection. I have so many ideas on how I will style this cardigan but I thought I’d start off with a floral dress which picks up the burgundy shade. I also went for my pink/purple tights which I’ve been wearing a lot lately (so warm too!). It’s not the same shade as the cardigan so I wasn’t sure of the combination at first. But I believe it’s close enough so I like how it looks together now. I’ve never been a fan of the popular keyhole look with the Dita Cardigan until now- I never liked how the stock photos showed so much bust. However, I’ve changed my mind and am a fan of the look in some circumstances now. Depending on the number of buttons that are left undone, it definitely doesn’t have to be too low cut. It’ll be a good way to show some of my dress underneath too. I can’t believe the popularity of these cardigans- I’ve never seen anything like it. It’s crazy that some of the more popular colours, which are no longer available, can be sold on ebay for $400. I doubt there would be any other piece of clothing which had such a following.

Today we were finally able to go for our first bike ride. It was so much harder than I’d expected. I know that cycling can be hard but, as this was intended to be a leisurely non-competitive activity, I foolishly thought it’d be a simple matter of wearing pretty vintage clothes to match my bike and sitting there comfortable the whole time. I could not have been more wrong. There were so many hills and it was absolutely exhausting. For my first 3km cycle, I could have run the distance in a faster time! I wish it wasn’t so hard. However, it’ll get easier and it’s going to be a fun activity we can do together once we get into it more. 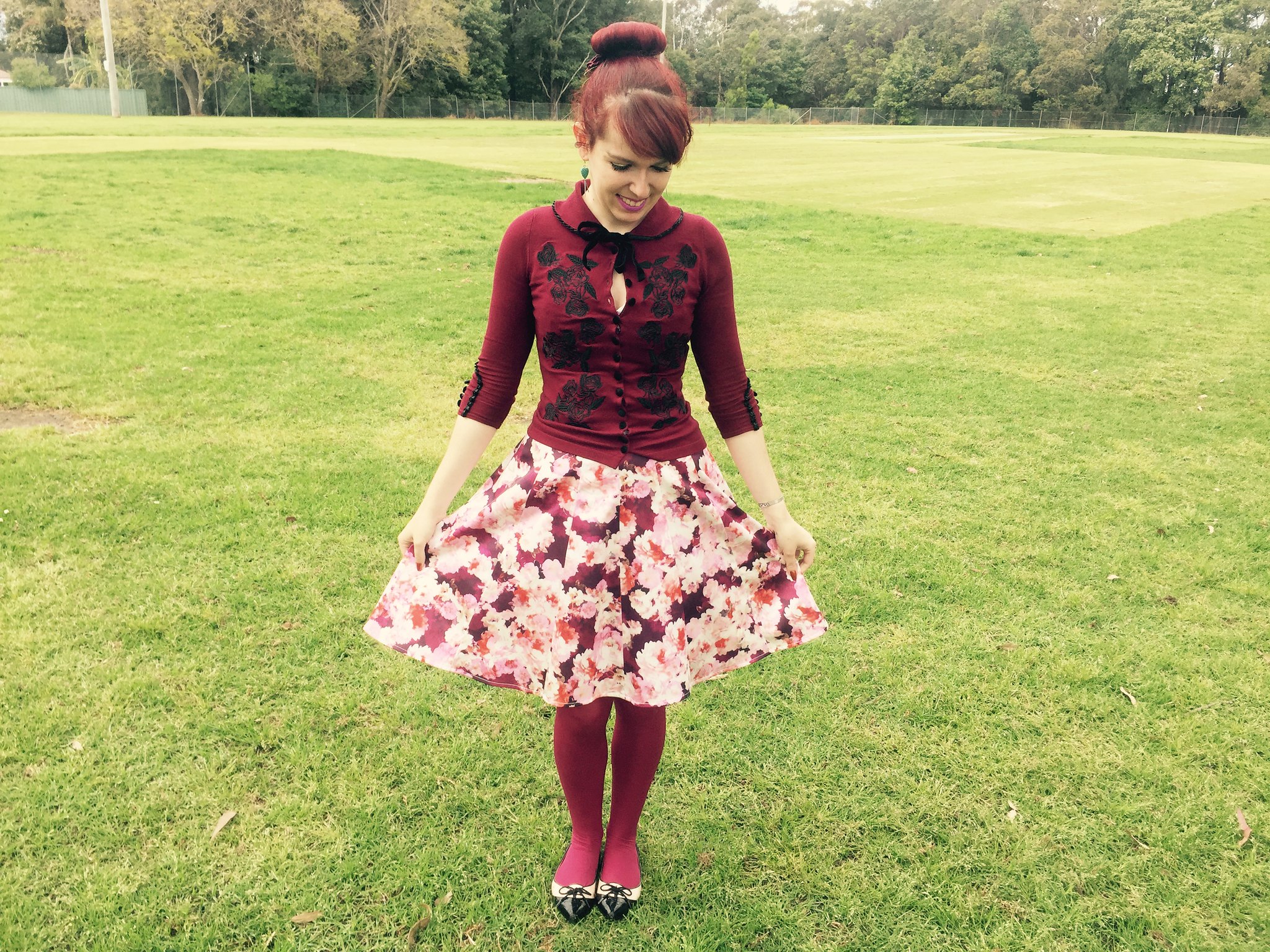 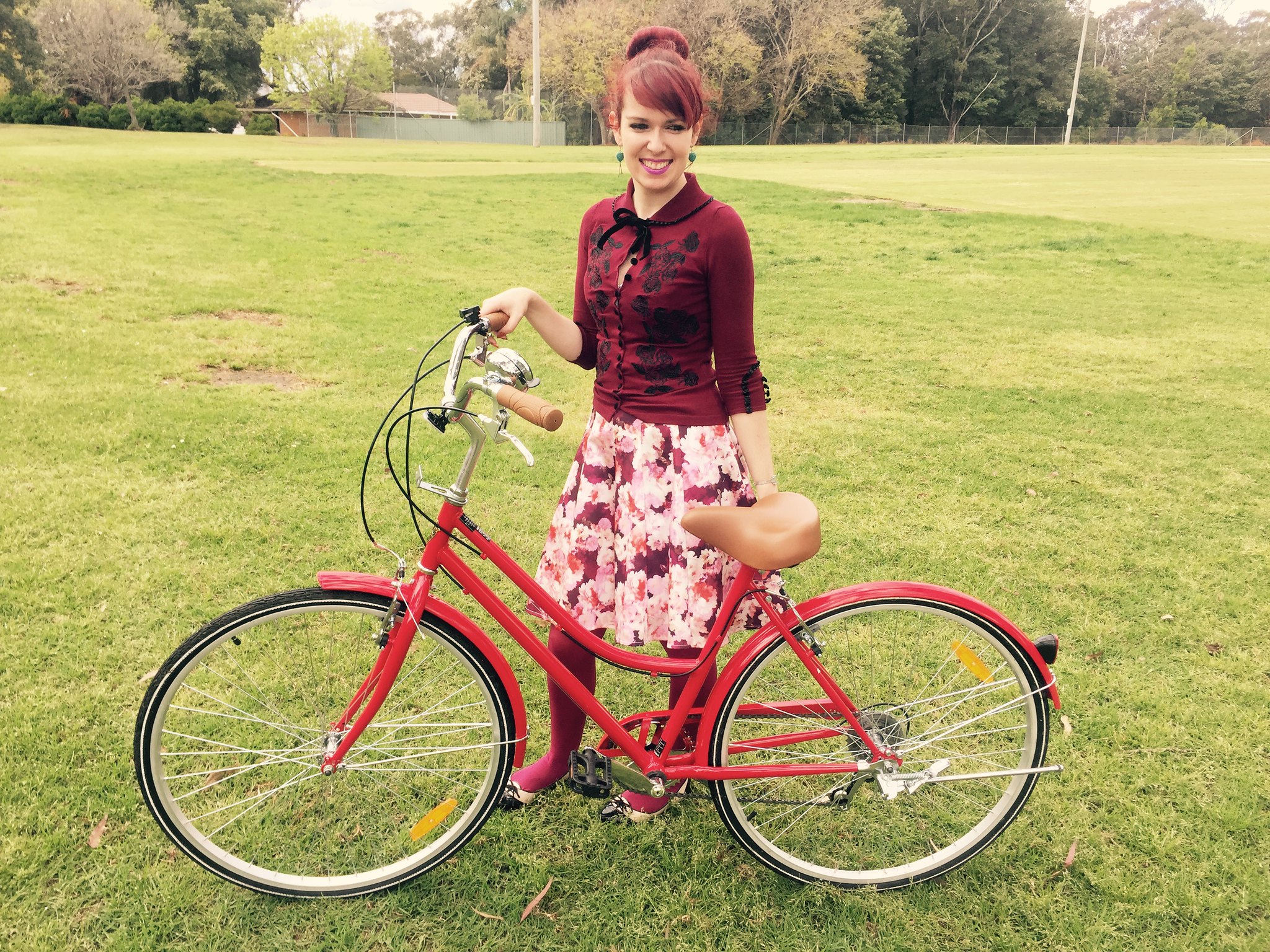 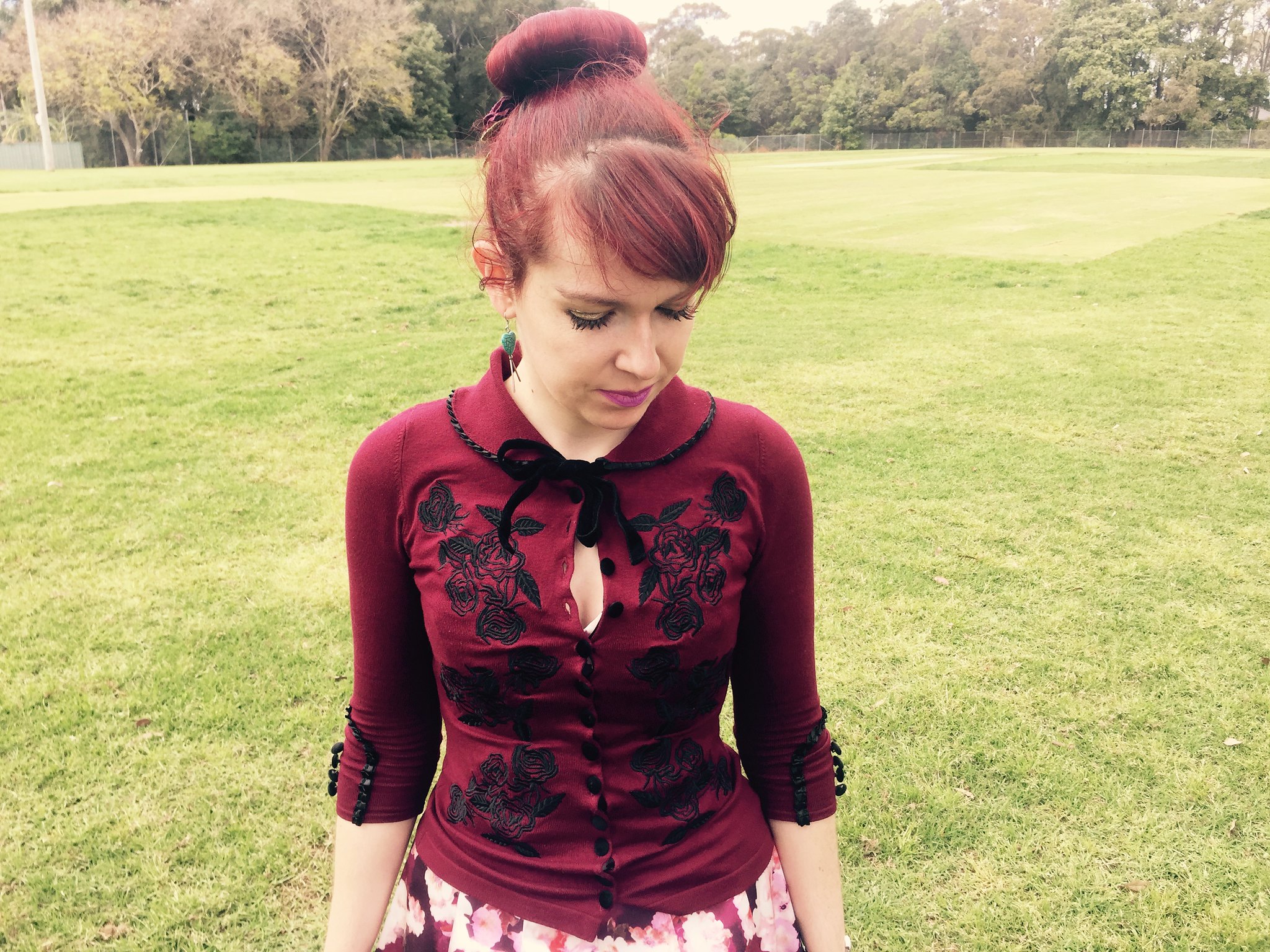 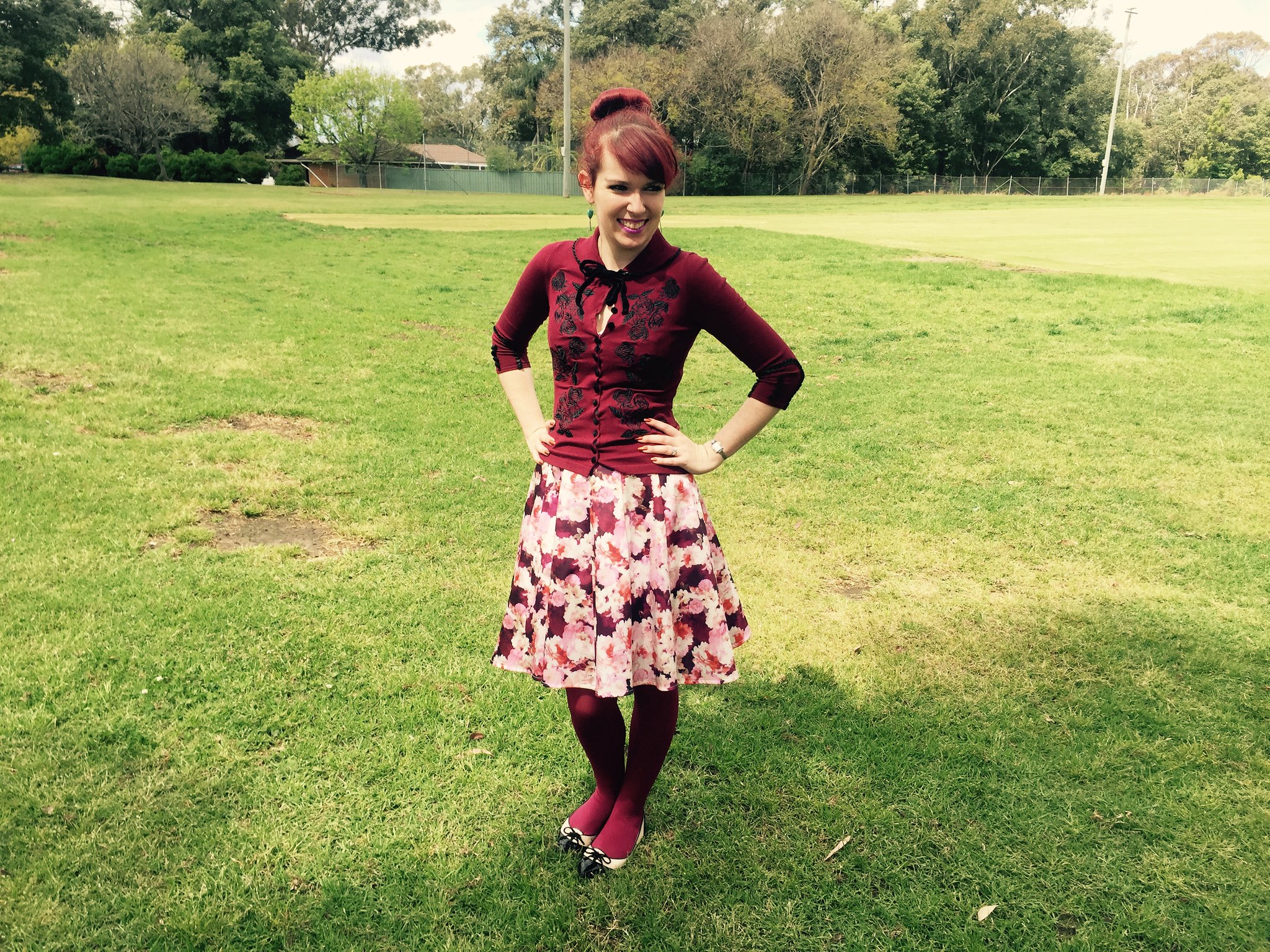 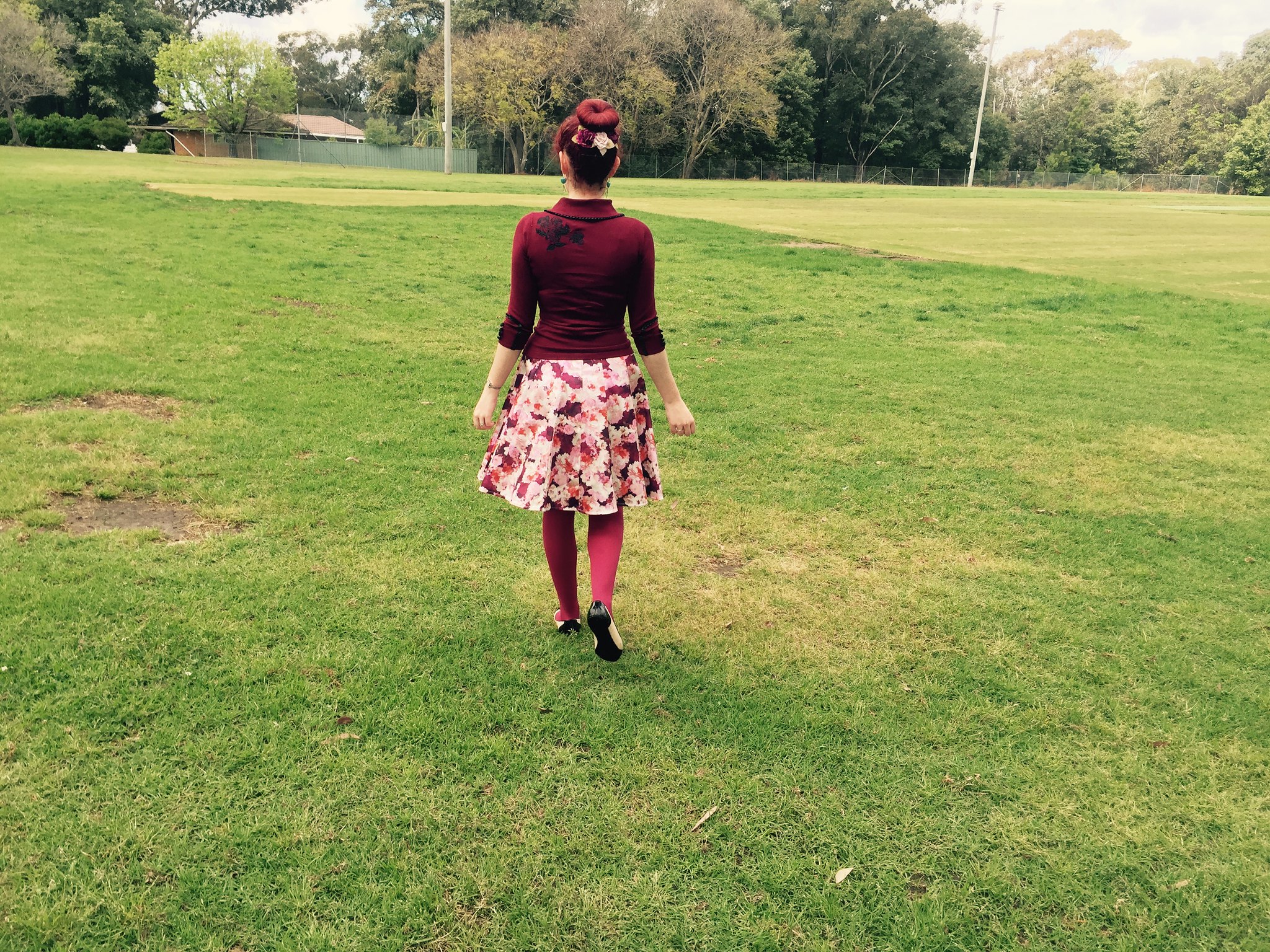 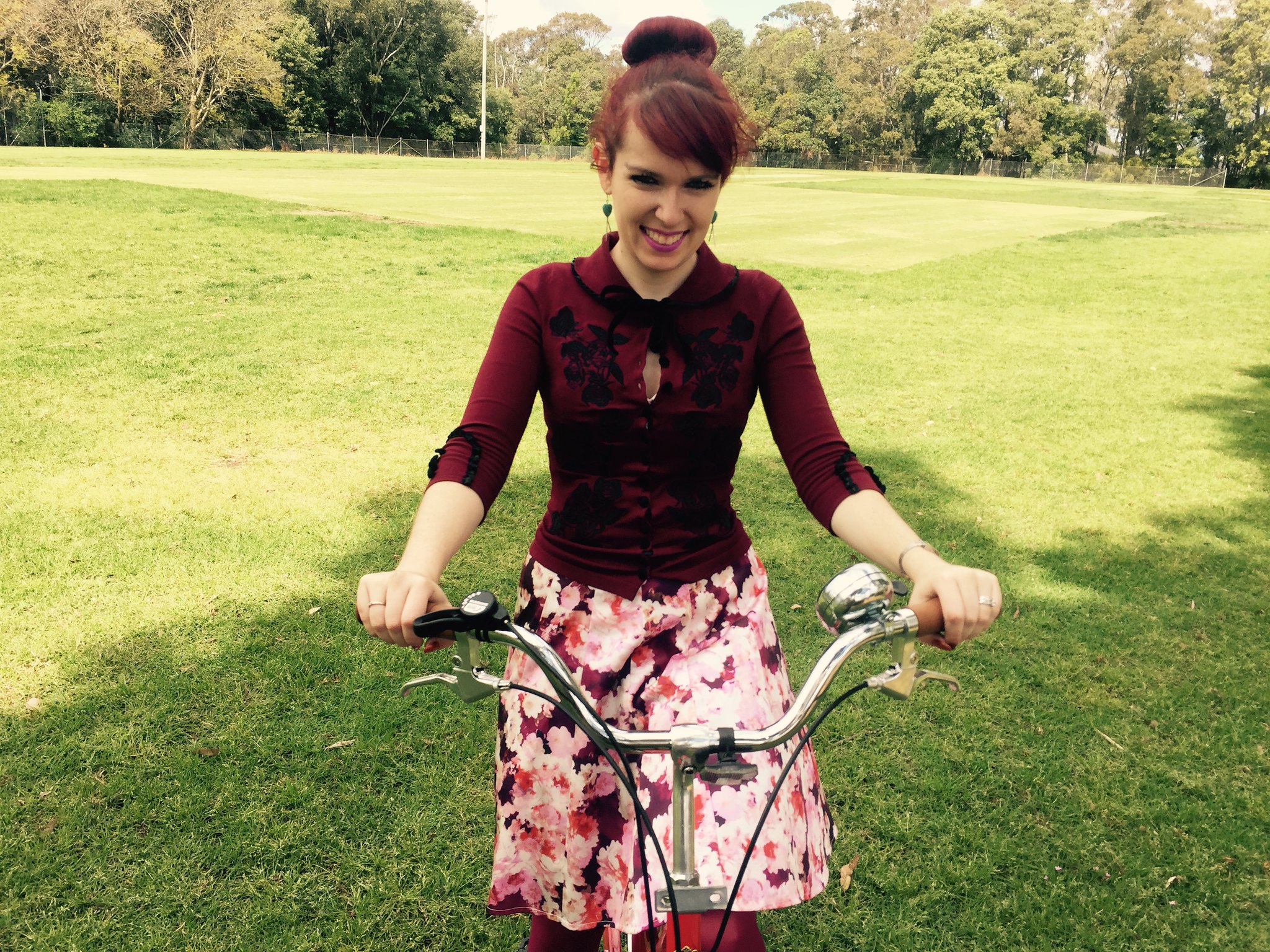 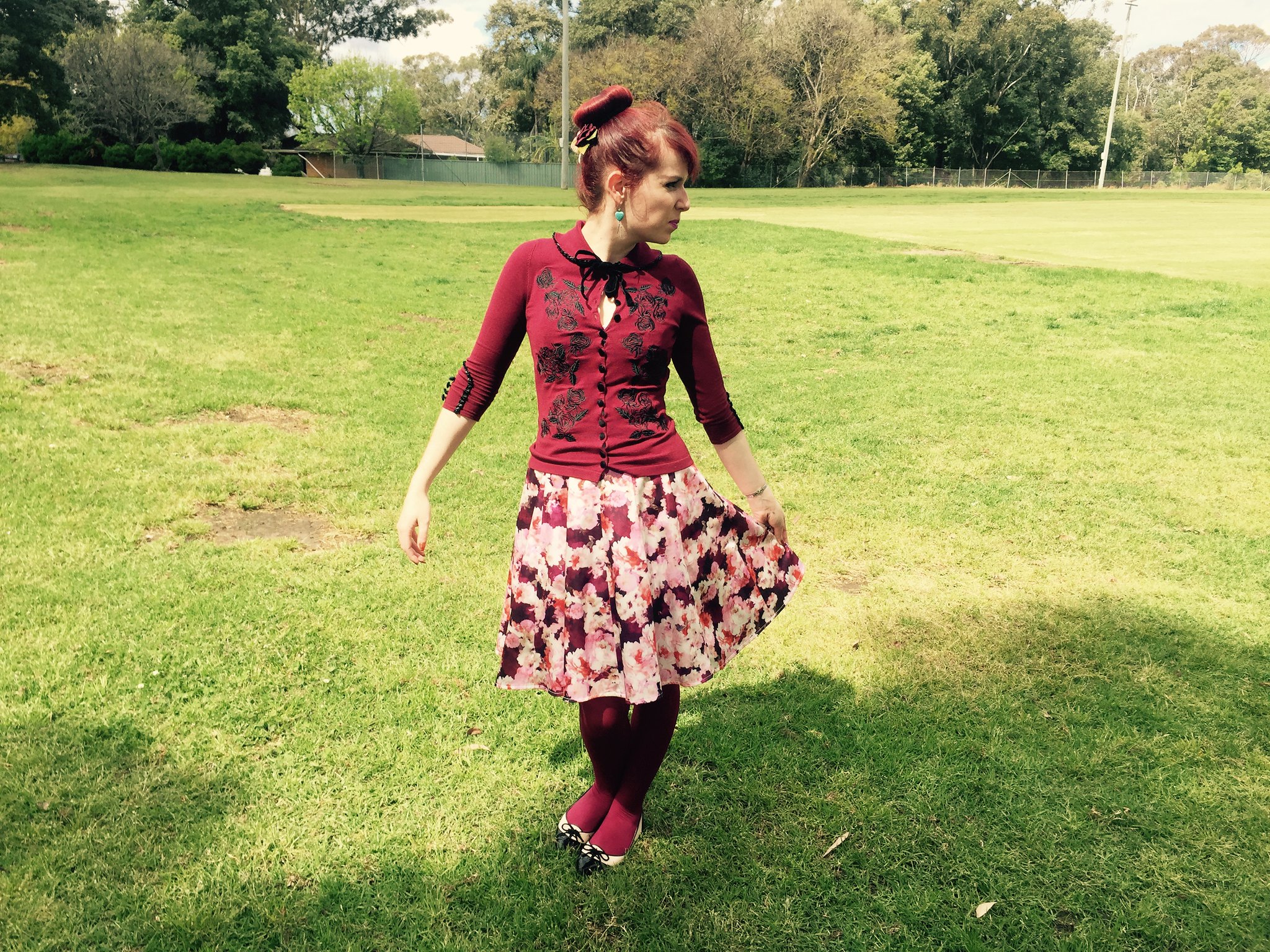 Linking to: What I Wore Wednesday, Fun fashion Friday Link Up